No Result
View All Result
Home Guides Today at Apple

Adobe’s new painting and drawing app, Fresco, is launching an iPad today. The next-generation tool offers illustration experience with an unprecedented level of fidelity to traditional oil and aquarelle paintings. Alongside Fresco’s launch, Adobe has teamed up with Apple and The Big Draw for a month of Apple meetings at every Apple store in the globe.

The last time we checked in on Adobe Fresco in August, tested the app while in beta, and brought you a thorough hand-on look. Now, Adobe is prepared to release Fresco into the globe. 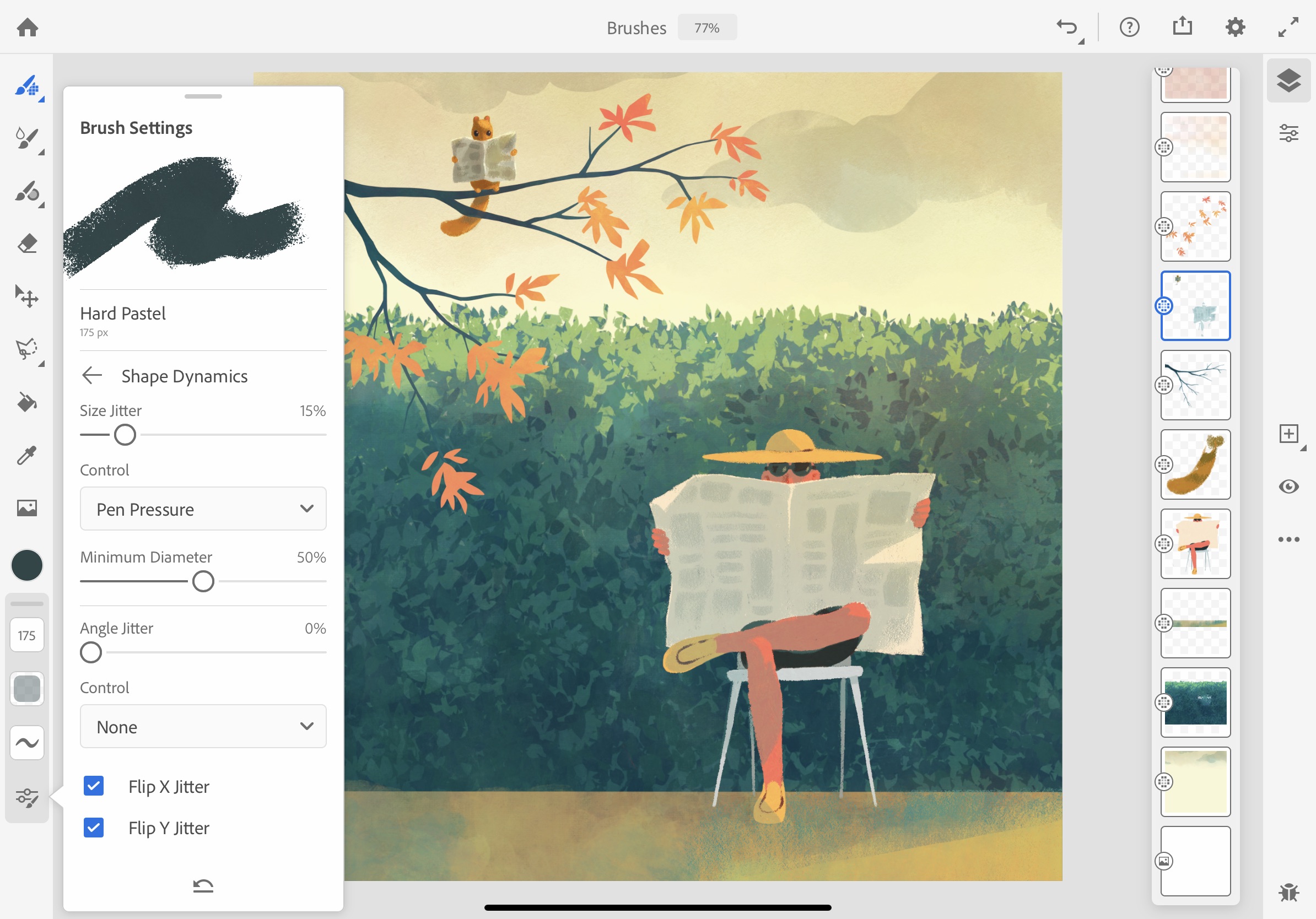 Adobe claims that Fresco is intended for professional-quality job, but simple enough for anyone to use. To demonstrate that everyone has the capacity to create a wonderful thing, Apple and Adobe are partnering with The Big Draw in the month of October.

The Big Draw is a visual literacy charity based in the United Kingdom. The Big Draw Festival celebrates drawing around the globe every year. From October 1-31, every Apple Store will give free art workshops to help you get hands-on with your iPad, Apple Pencil, and Fresco. Last year, only eight shops provided special sessions. 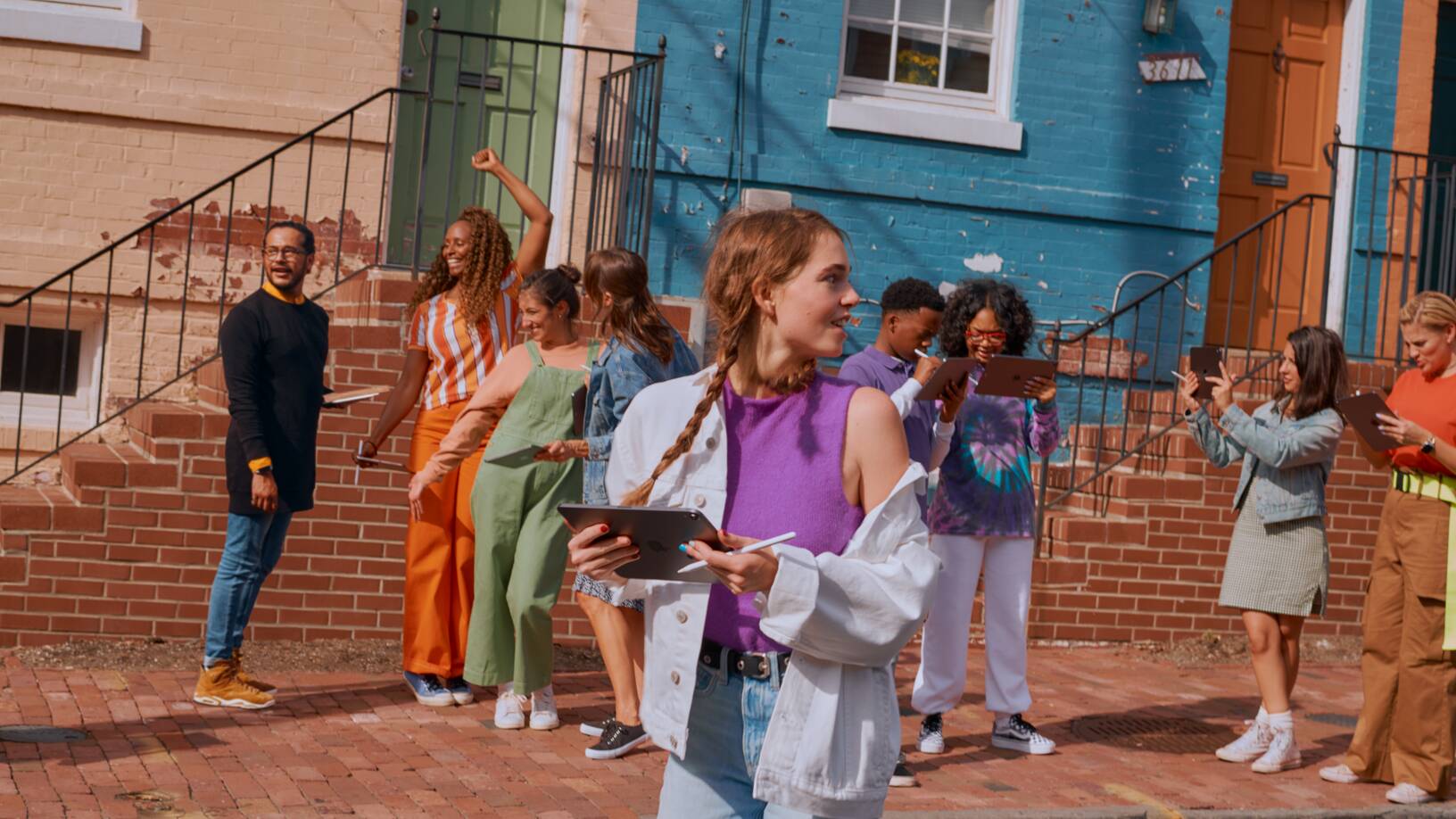 Adaptations to three of Apple’s current Art & Design sessions will be provided. Previous Today in Apple sessions, the Procreate app was used to teach illustration, but Apple is offering Fresco a opportunity in the spotlight. Look for these activities in the calendar of your local store:

Collect the colors you observe on your walk to capture your own color palette. Using the Adobe Fresco app on iPad Pro with Apple Pencil, you’ll combine them to create an abstract painting to take home. Devices will be provided. Recommended for all skill levels.

Transform the way you observe and sketch the world around you. We’ll show you how being mindful of people, objects, or places in your surroundings will help you add interesting details to your drawings using the Adobe Fresco app on iPad Pro with Apple Pencil. Devices will be provided. Recommended for all skill levels.

Kids will learn fun ways to create their own emoji. We’ll show them how to draw colorful faces and objects. They’ll get hands-on using the Adobe Fresco app on iPad with Apple Pencil to draw an emoji to take home. Devices will be provided.

In addition to these conferences, in celebration of The Big Draw Festival, several high-profile shops around the world will give exclusive artist-led events. Locations participating include:

With a Creative Cloud subscription, Adobe Fresco will be available for download and use today at no additional charge or as a distinct buy without a subscription. There is a six-month trial. With a lighter collection of tools, Adobe also offers a free version of Fresco. Fresco needs iOS 12.2 or higher and iPad Pro, iPad Air 3, iPad mini 5 or 5th, 6th and 7th generation iPad. There is no need for an Apple Pencil but it is highly recommended.

Direct photo import, advanced export now being rolled out for iOS and iPadOS in Lightroom